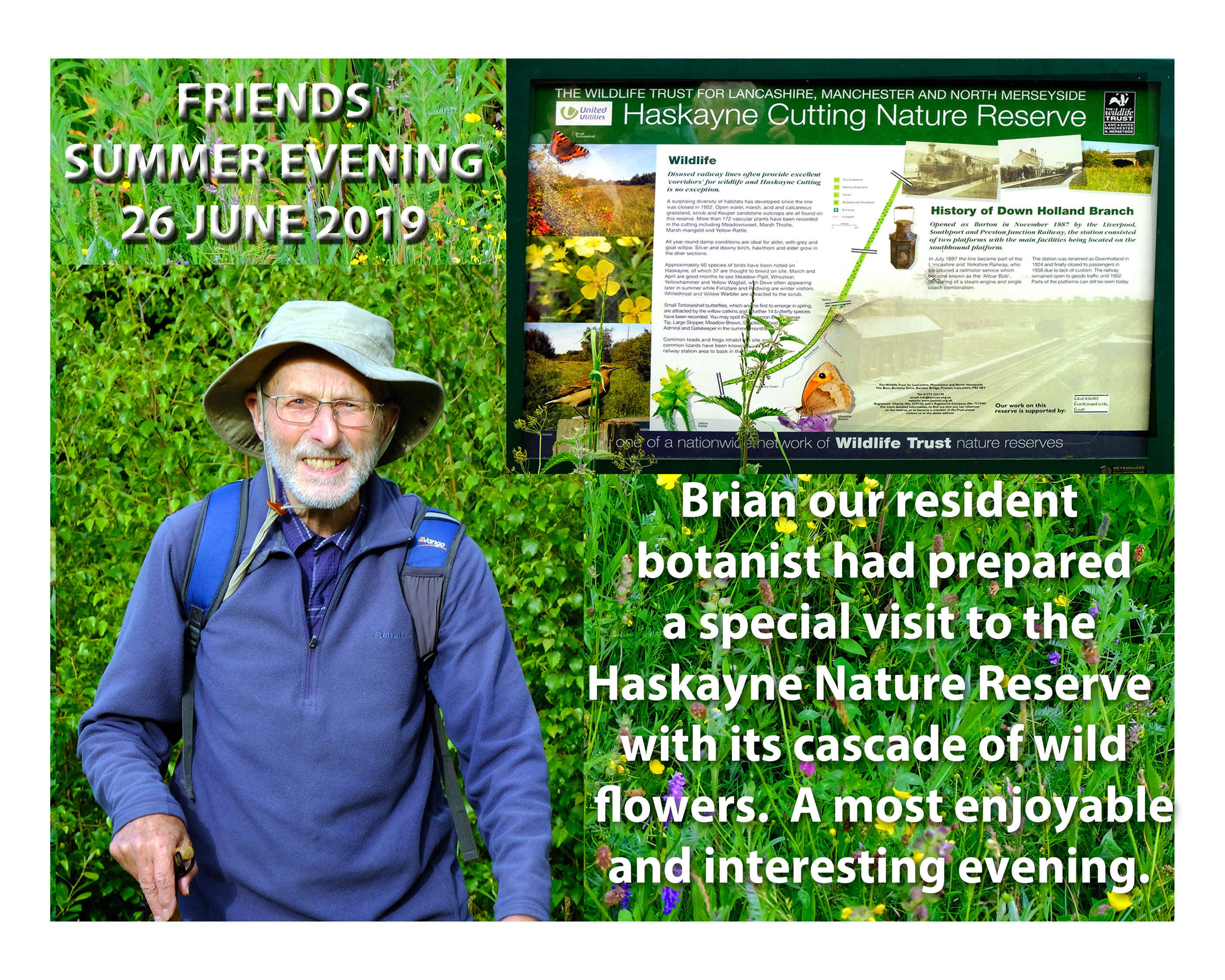 Five friends (Elizabeth, Janet, Sue, Tony and Marcia) met Brian Wilby on the road out of the small hamlet of Barton, to look at a variety of flowers in the Railway Cutting Nature Reserve near Haskayne. A beautiful evening with sunlight and a gentle breeze. Brian had done a recce and identified an amazing 55 different species in a space of less than half a mile. We were provided with a list to tick off and it was a credit to his guidance, enthusiasm and powers of observation that we had an almost full tick list by the end! In fact, even before we entered the cutting, we had seen at least 10 different plants, including a host of beautiful red poppies in a field of barley.

It is impossible to name all the different plants here, but some highlights were the seed head of Goatsbeard or Jack-go-to-bed-at-noon (so called because it folds up its petals at midday); Northern, Southern and Early marsh orchids plus hybrids; Meadowsweet with its beautiful scent and Yorkshire Fog – a grass with a dense seed head you can’t see through. We thought that in Yorkshire it might be known as Lancashire Fog!

We would like to thank Brian, very sincerely, for such an interesting and informative evening and for all the effort he had put in to making it so enjoyable. We are now walking along country lanes with added interest and, even if we can’t put a name to every plant we see, we are certainly more informed than we were before our meander down the Haskayne Cutting.

Thanks to Tony Thompson for the photographs, with the exception of the last one which was taken by Janet Taylor. And thank you to Brian for providing a list of the wildflowers encountered.